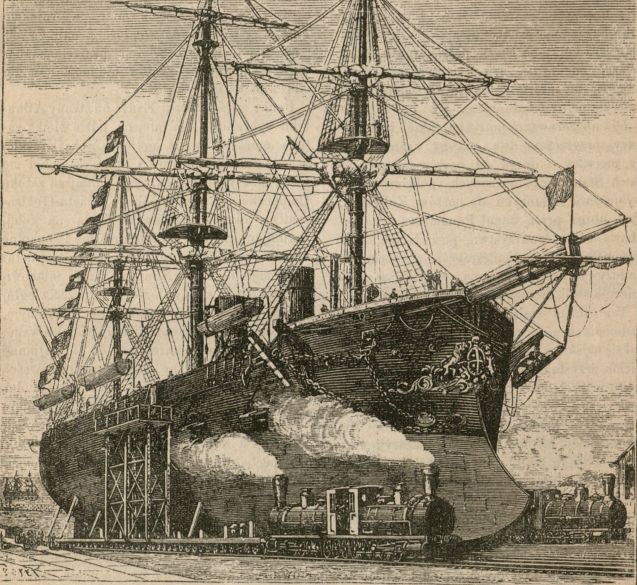 The constitutional meeting of the Polish Copernicus Society of Naturalists took place in Lviv, on 17. January 1875. The first idea to establish a Polish Society of Naturalists was born in 1873, on the 400th anniversary of the birth of Nicolaus Copernicus. Anniversary of Nicolaus Copernicus' birth. The initiators and founders were professors of the University and other higher educational institutions in Lviv, among them These included Professor of mineralogy Feliks (Szczęsny) Kreutz, who was appointed the first president of the Society, and Professor of chemistry Bronisław Radziszewski. The constitutional meeting was also attended by Prof. Emil Godlewski senior, Prof. Marceli Nencki, Prof. Marian Łomnicki, Prof. Józef Rostafinski, and Professor Szymon Syrski. Currently, the Polish Copernicus Society of Naturalists is the oldest Polish society of naturalists.

Initially, the Society paid much attention to the study of nature,
mainly in the field of geology, mineralogy, petrography, botany, zoology and physiography of southern Poland, especially of the Carpathian region. Work was
carried out on the inventory and protection of natural monuments.

In the new conditions of scientific life in Poland the Copernicus Society changed the nature of its activities, concentrating primarily on the popularization of knowledge, This activity was in fact carried out from the very beginning of the Copernicus Society's existence, for example through the publication of its magazines 'Kosmos' (Cosmos) from 1876 and 'Wszechświat' (Universe) from 1882; since 1882. Lecture activities, which have continued until today, have developed, most actively carried out in the Krakow and Lviv Branches. In 1927 the following were established In 1927 a new organ of the Copernicus Society, Kosmos, Series B was established, and in 1930 the publication of the journal Wszechświat, which had been suspended in 1914 because of the war, was resumed. The book collection, which is still enriched with new items in the Copernicus Library of Society, was also collected.

During World War II the Copernicus Society moved its activities outside Poland. Branches of the Copernicus Society were established in Great Britain and Palestine. In 1941 the Copernicus Branch of the Polish Philosophical Society in Tel Aviv was formed. During its four years of activity, the branch organized several scientific meetings with lectures, opened a biological and chemical laboratory and a library with a reading room. publishing (he published collective works on M. Copernicus and M. Skłodowska-Curie and in the years 1942 - 1944 - 3 volumes of works containing several articles each The volumes were entitled Kosmos (1942), Wszechświat (1943) and Przyroda (1944). Similar activities were carried out by naturalists in London and Edinburgh.

After the war, the Copernicus Society resumed its activities in Cracow at the beginning of 1945. Local branches were established and in 1975 there were 18 of them. They organized (and still do) systematic scientific meetings with lectures, papers and communications, as well as numerous national scientific sessions. The papers presented at the meetings and conferences, which enjoyed great success, were once published in print as "Zeszyty Problemowe Kosmosu" ("Problem Papers of Cosmos").;.

At present the Society has four field branches: Krakow, Szczecin, Lublin and Rzeszow. They conduct lively lecturing activities. There are also three subject sections: Speleological, Didactics of Biology, and Human Sciences (Human Biology). In 1964-75 there was also Copernicus Section whose main aim was to popularize the figure of the great Polish astronomer and patron of the Society, Nicolaus Copernicus, in connection with the 500th anniversary of his birth.

The Section of the Didactics of Biology, currently in operation, aims to acquaint biologists with the problems of the didactics of biology, as well as to initiate research in this field. The section organizes National Conferences on the Didactics of Biology. Speleological Section organizes annual speleological symposia. Members of the Human Sciences Section (Section of Human Biology), founded in 2010, develop interdisciplinary scientific and popularization activities.

One of the events currently organized by the Society is "Tydzień mózgu" (brain week), an international campaign to promote knowledge about the brain under the auspices of The European Dana Alliance for the Brain, organized since 1999 also in Krakow on the initiative of the current President of the Copernicus Society, Professor Elżbieta Pyza. Since 2013, the Conference "The Brain Week in Szczecin" has been held since 2013, and its part is biological competition for students of West Pomeranian schools. Since 2014, the annual conference "Rare diseases not only in the curriculum" (sessions in Szczecin and Wroclaw) and the International Conference "Human Ecology" (in a bi-annual cycle - http://ptpk.org/eng/conferences) also have a permanent place in the calendar. For more than thirty years, the Copernicus PAS has also been the home of the Main Committee of the Biological Olympiad and its District Committees, which annually organizes the Biological Olympiad competition for high school students.